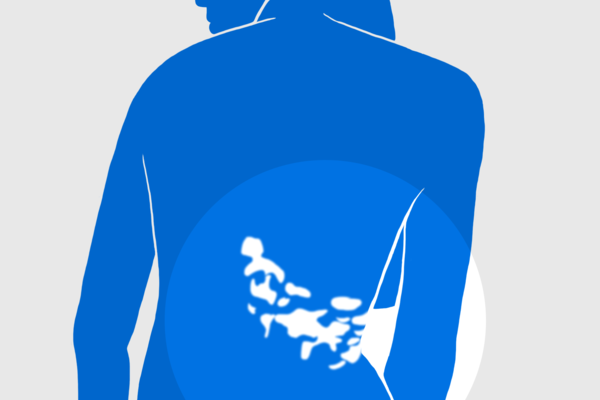 Where does shingles come from?

Older people over the age of 60 are predominantly affected by shingles. The problem with this clinical picture is that in many patients the skin rash is accompanied by severe pain. More than 10% of patients suffer from severe pain for months after the rash has subsided. In such cases, there is inflammatory nerve damage caused by the VZV or post-herpetic neuralgia (PHN). The earlier PHN is treated optimally, the lower the risk of a permanent, chronic pain disorder.

In contrast to chickenpox, the rash of shingles usually affects only a single strip-shaped or belt-shaped skin segment. The trunk, shoulder or neck areas are most frequently affected. However, other parts of the body might also be involved.

If shingles is accompanied by post-herpetic neuralgia, the following pain symptoms can occur in the affected (shingled) skin segments:

The diagnosis can usually be established on the basis of the symptoms and the characteristic appearance of the skin rash.

VZV vaccination is an option for partial prevention (protective effect up to 50-60%) against shingles and its potentially associated post-herpetic neuralgia (PHN).