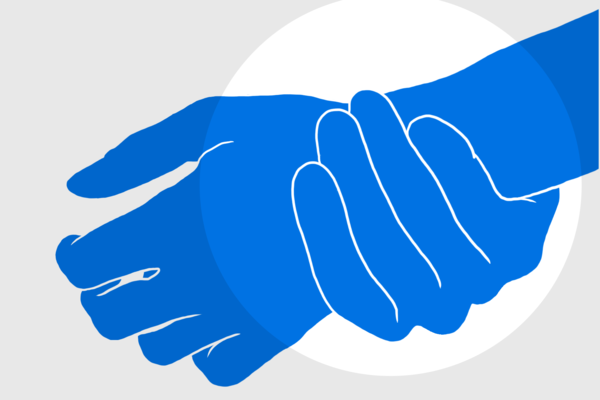 In most patients affected by CRPS, the problem is triggered by an injury. Typically, the pain is uncommonly severe and lasts longer than expected. Characteristically, only one limb (e.g., a hand) is affected. Rarely, the CRPS symptoms can also spread to other parts of the body.

A pain syndrome with many names

The first descriptions of CRPS were made at the end of the 19th century. Over time, various synonymous names have been used:

These terms have progressively been replaced by the internationally standardized term Complex Regional Pain Syndrome (CRPS).

Hypersensitivity
The skin of the affected limb can be overly sensitive. Light touches that are normally not painful, or changes in the temperature of the environment, can cause intense pain.

The following medical terms are important in this context:

Affected areas of the body may swell repeatedly. Affected joints are often stiff and mobility is limited. The skin may appear overheated, red and dry, but at a later stage it may also be just as cold, bluish and sweaty.

Stress can make CRPS worse
Stress can cause a temporary increase in CRPS symptoms. These "flare-ups" worsen the pain situation and can last for days to weeks before improving again.

CRPS usually develops as a result of an injury. Typically, the symptoms appear within weeks of the injury. Injuries associated with CRPS can include broken bones, cuts, surgery, burns or simply a sprain.

The exact causes or mechanisms of CRPS are unknown. Due to the complex nature of the symptoms, it seems unlikely that this condition has a single, simple cause.

One of the main theories is based on the assumption that CRPS is the result of an abnormal, extended response of the body to an injury. It is thought that different systems of the body may malfunction and together contribute to CRPS:

The diagnosis of CRPS is difficult. There is no suitable test that enables a definitive diagnosis. CRPS is usually diagnosed by excluding other diseases with similar symptoms.

If a chronic pain problem in the area of a limb cannot be adequately explained through medical examination, specific blood tests and radiological methods (e.g. MRI, X-ray, scintigraphy), the presence of CRPS is plausible.

The diagnosis is ultimately made according to the criteria of the IASP (International Association for the Study of Pain), which were drawn up in Budapest in 2003 and are therefore also called the "Budapest criteria".

In order to avoid further chronification as much as possible and to support a cure, the treatment of CRPS should be started as soon as possible.

The treatment of CRPS almost invariably involves a combination of different therapeutic measures. The therapeutic goals should not only be aimed at reducing the pain problem, but also at improving or maintaining the function of the affected limb (e.g. foot: walking, hand: grasping).

A suitable therapy for CRPS must be individually adapted to the affected patient. As a rule, non-drug, drug and, if necessary, interventional measures are combined.

It is estimated that about 85% of patients affected by CRPS experience a noticeable improvement in their symptoms within two years.